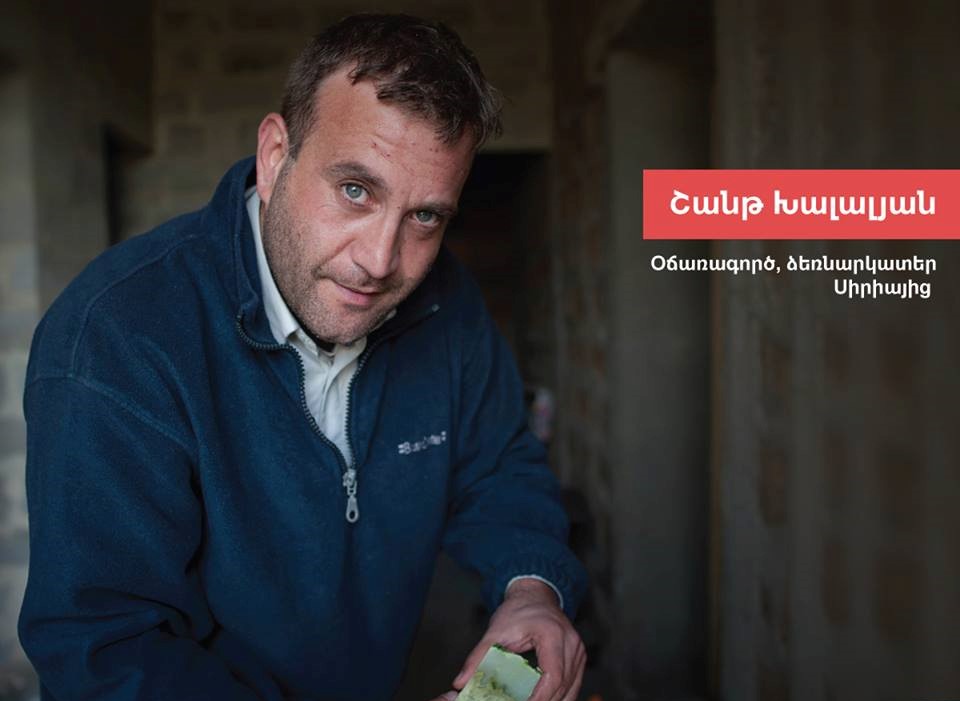 Finding a job in the regions is very hard these days, even for skilled professionals. Learning a new profession and using those new skills to set up a business is particularly hard when you have social difficulties.

Despite those problems, a group of women in Armenia’s Lori Region has decided to establish a new social enterprise in the city of Spitak with the support of the Spitak Helsinki Group Human Rights NGO. The enterprise will process wild herbs growing in the region to produce natural oils for both food and perfumes.

Ashkhen Babayan, the head of the organisation, said, “We are looking to establish a limited liability company which operates as a social enterprise. It will engage women from Lori in processing raw material while another group of women will harvest wild herbs from the mountains and forests of Lori and sell them to us. We will bottle and package the extracted oil and sell it as the final product. This will create jobs for women in the region, improving their social status and helping them become financially independent.”

The idea of establishing a social enterprise came about following a workshop on soap making by Syrian-Armenian entrepreneur Shant Khalalyan, held within the scope of the Together4Armenia initiative.

For several years already, the Together4Armenia platform has enabled professionals from the diaspora to share their knowledge and skills with local communities in Armenia in order to address their existing needs and directly contribute to their development.

“I find peace of mind when I see hope in the eyes of these people,” said Shant, who takes pleasure in sharing the secrets he has learned about soap making and oil production.

Shant knows from his own experience how hard it is to find a job. Since he moved to Armenia from Aleppo in 2013, he tried various jobs—driving a taxi, teaching management at universities, working as a tour guide—after which he ended up starting his own business in soap making, the secrets of which he had inherited from his grandmother.

As a Together4Armenia expert, Shant has already shared his knowledge and experience in soap making with over 500 beneficiaries in various cities of Armenia.

Shant has already held two workshops in Spitak. In March 2018, he ran the first workshop during which he spoke about the properties of soap, and the methods and technologies for its production. About 20 female beneficiaries of the Spitak Helsinki Group attended the session, many of them from disadvantaged backgrounds.

“The workshop also had a practical segment, during which the participants made soap with their own hands for the first time in their lives,” Together4Armenia Lori Region coordinator Anush Aslanyan said.

The expert’s second workshop was held in August and attended by 15 female beneficiaries, most of whom had also participated in the previous session. In the practical segment of the session, Shant focused on techniques for vegetable oil production.

The participants were so motivated that the expert had to stay a few hours longer in Spitak than originally planned, Shant later confessed.

The project will play a key role in improving the social and economic condition of women in the communities. It is expected to create jobs for 50 women.
Shant will provide consultancy to the beneficiaries of the NGO and will oversee the production process throughout the operation of the social enterprise.

Hopefully, shops in Yerevan and other cities will soon feature natural oils extracted from wild plants growing in the mountain meadows of Armenia, harvested and handmade by the women of Lori.